June has been a productive month. Yep. Done some things. If I can ever get my phone to upload the thousands of photos I’ve taken of the many fabulous things I’ve done, then I’ll show you.

In the meantime, let me begin with a recounting of the weekend hubby and I spent cutting down weed trees. On a Saturday before hubby had to head overseas, I took it upon myself to insist we clean up the back yard. Hubby was not too happy about this, saying that I often make a proclamation about cleaning up the yard which he then goes and does while I sit around inside. It’s actually true. But it’s because he just goes and does it and forgets to inform me.  And it’s usually terribly hot. So this particular weekend I took it upon myself to change our behaviour*.        *my behaviour

We hired a ute (which I drove because I intend to get me a ute eventually, Mazda BT-50 King Cab with tray, midnight blue, thanks for asking), and I bought a chainsaw. Which I now know how to manage, including how to tighten the chain, how to clean and fill the thing, and that I can’t start it from cold: I don’t have explosive arm power, even though I’m probably stronger than hubby. Cut down a bunch of trees and took a bunch of stuff to the tip, which has a recycling section as well as plant material sections.

Hubby then mowed the lawn (because I have to give him a little task to do every now and again). Our backyard looks all of a sudden quite clean and tidy. 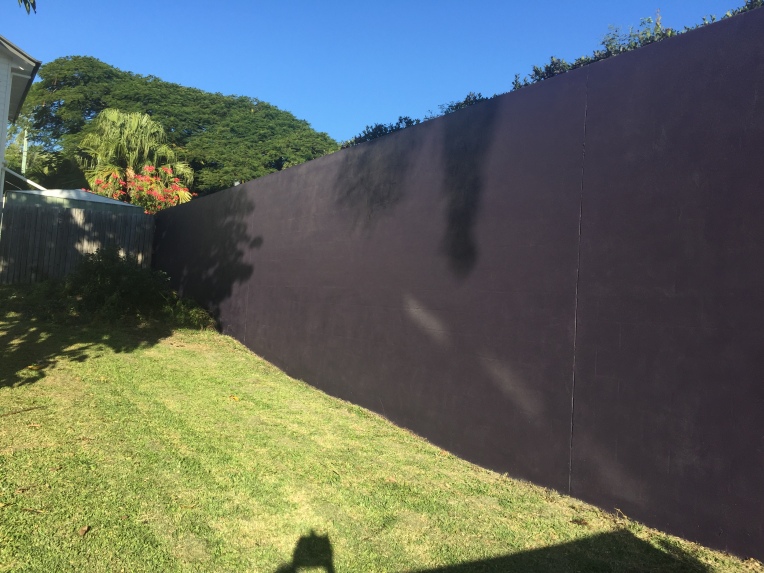 Of course, it’s been raining and horrible this week (quite unlike SE Queensland in Winter, which is normally dry season and gorgeous) so no more garden work has been done, but can you see the delightful (not) prison wall has now been transformed into a sexy aubergine-coloured wall? Bought that Wagner paint sprayer I mentioned and painted the wall. Took 20 litres of paint. I did it myself, and hubby held the ladder.

Here’s a pic before, and after: 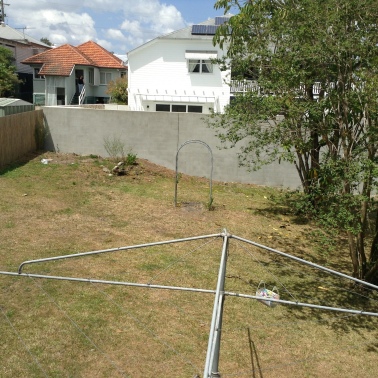 I’m going to plant two climbers on this full-sun purple wall: Orange trumpet creeper, and of course a passionfruit vine: 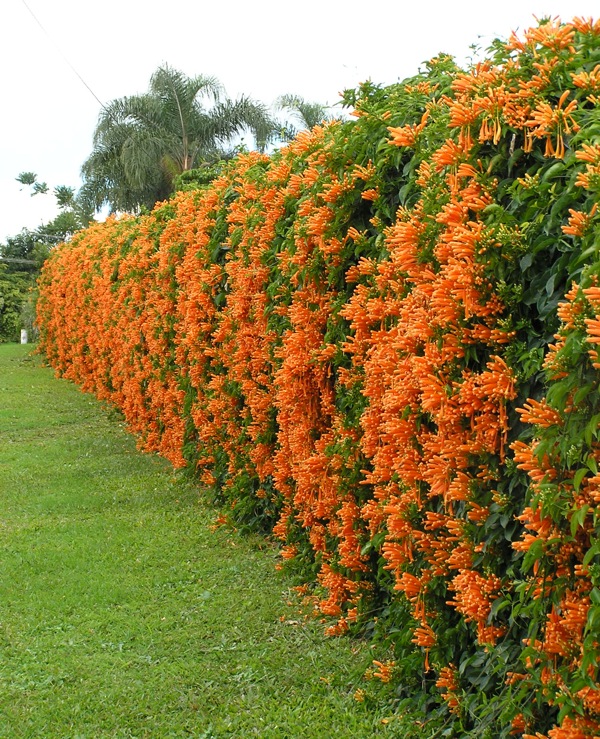 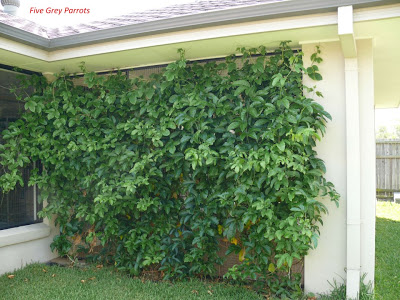 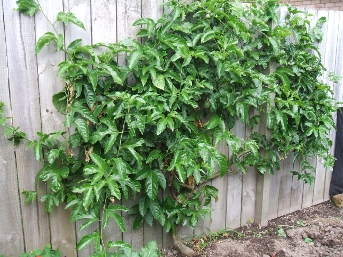 Can you imagine that orange creeper against the purple wall? Gorgeous!

Now that we’ve painted and cleared away most of the back wall area, there’s no real excuse not to start planting out the rear of the garden. We’ve got to poison and remove some weed plants including invasive Chinese Elm, and that yellow New Zealand tree, and the camphor laurel on the left which has decided to pop up again. Then we’ll hire a guy with a bob cat to churn up the earth near the wall, and plant a bunch of things.